My name is Ariana Brenig and I am testifying in support of HB166: Labor and Employment – Payment of Minimum Wages – Minimum Wage and Enforcement (Fight for Fifteen). I am an intern at Jews United for Justice, an organization which brings together more than 5,000 Marylanders to fight for racial, social, and economic justice. I am also a hostess, which I have been for a year and a half, since I was 16 years old.

When I began working in the restaurant industry I didn’t think twice about the wages that I would be making. I figured I would make at least the minimum wage and that would be that. That was not the case. When I began working I was making $4.00 an hour, which is more than some, and I would get tips on top of that. However, as a hostess, I do not get direct tips. The servers at the restaurant need to give us 3% of their sales, which is supposed to come out of the tips they are getting from people. Then the 3% is divided by however many hostesses were working that shift, anywhere from 2 to 5 people. However, if customers do not leave a tip, the servers still need to give that money to the hosts.

At first, I found no problem with this. I would get my check, which would be next to nothing seeing as how it was $4.00 an hour, and then I would get my tips which would be quite good. However, as time went on the tips I was getting every week consistently went down. Management would say that we were just entering the slow season and not to worry. But after working there for over a year, I noticed it was still “the slow season.” If this was an issue of busy season versus slow season, then we should have circled back to busy season, and yet we never did.

As a hostess, I never know how much I will make in tips this week, and I have no control over it. Unlike being a server and having face to face interactions with the people who are paying you, as a hostess I was completely removed from the equation, tacked on as an afterthought. This was unfair to me, who couldn’t work any harder to earn more tips, and to the servers, who have to give up 3% of their sales regardless of how well their customers tipped.

This is why I not only urge you to support HB166 but to also support raising wages for tipped workers and for workers under 18, like me. Please oppose any amendments that would make it more difficult to do my job. Thank you. 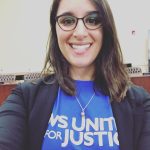 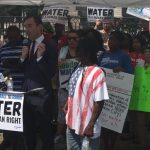