Testimony in support of HB1002

To: Hon. Luke Clippinger, Chair, and members of the House Judiciary Committee

Jewish law and tradition, while supporting the necessity of punishing the guilty, also tempers that punishment. The Torah even refers to the guilty person as our “brother,” reminding us that although worthy of punishment, the guilty one is still a human being like us who should not be unnecessarily degraded.Restrictive housing has been shown to damage the mental health of those subjected to it and increase recidivism. Releasing inmates into the community directly from restrictive housing has been shown to have even worse impacts on the released individuals, recidivism, and community safety.

A study in Texas concluded that recidivism increased by more than 20% for those released directly from restrictive housing instead of transitioning into the general prison population before release. Another study from Washington State concluded that the median time before someone released from the general prison population committed another felony was 27 months, while those released directly re-offended in 12 months.

It is not only unjust to the individuals who are released, having served their time, to be forced to restart their life in society directly after extreme isolation. Direct release also increases serious crime and makes our communities less safe.According to the latest report from the state Department of Public Safety and Correctional Services, 278 inmates were released directly from restrictive housing in 2017, after being isolated for an average of 65 days.

I strongly urge you to reach a favorable report on House Bill 1002. It is just, humane, and will make Maryland safer for all its residents. 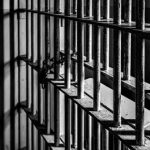 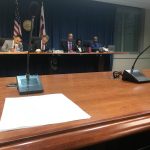