My name is Melissa Coretz Goemann and I am offering this testimony in support of Bill 1-19, the Law Enforcement Trust and Transparency (LETT) Act, as a Montgomery County resident, an expert in juvenile justice, and on behalf of Jews United for Justice (JUFJ), an organization that includes 5,000 Marylanders. JUFJ advances economic, racial, and social justice in Montgomery County and the Baltimore-Washington region by educating and mobilizing our local Jewish communities to advance issue-based campaigns for real, immediate, and concrete improvements in people’s lives. JUFJ has been working with community coalition partners to bring more accountability and transparency to our county police force. While we believe much more needs to be done, we support the LETT Act as a good first step towards this goal.

Our tradition teaches us that you should love the stranger as yourself (Lev. 19:34). We consider the stranger any person who differs from you – perhaps is of a different race, ethnicity, ability, or culture. Unfortunately, all too often marginalized people in the County – people of color, people with disabilities, and others – are treated as strangers and as threats and responded to accordingly, with tragic results. In the case of Robert White, the result was his death by police officer shooting, followed by a decision not to indict the officer responsible and no full accounting of the decision provided to the public.

We have a moral imperative to seek to correct this problem. Rabbi Moses Maimonides (Rambam) teaches that the sign of real teshuvah (repentance) is when one encounters the same situation that led to acting in harmful ways, and one chooses to act differently. This year, our teshuvah must ensure that police officers cease assuming that marginalized people pose a threat, and take seriously their duty to protect every single member of our society. And our teshuvah must include holding responsible those who violate this sacred trust and changing policies that permit senseless killings. (Truah, Rabbis for Human Rights)

The LETT Act will begin to address the problem of the lack of transparency and accountability in police shootings. Transparency and accountability are particularly important in our diverse Montgomery County community. Communities of color have a long-standing history of inequitable treatment by the police in the United States due to a number of factors, including the widespread over-policing and racial profiling of communities of color, our country’s historic treatment of people of color, and implicit and explicit biases held by the police and society. Through my work as the Senior Policy Counsel for the National Juvenile Justice Network (NJJN), I have researched this issue and found huge disparities in youth contact and treatment by the justice system. According to recent data, 80% of incarcerated Maryland youth are people of color.[1] In Montgomery County, this rises to nearly 100%.[2]

The lack of consistent and real accountability for police mistreatment and brutality sustains this unjust system and can fuel community anger and mistrust of police officers. It is usually up to police themselves to investigate other police officers and decide on any consequences for misbehavior, resulting in police instituting disciplinary action in less than 8% of police misconduct complaints nationwide.[5] Furthermore, in the most serious cases – police killings – it is rare for police officers to be charged with, let alone convicted, of homicide.[6]

Councilmember Jawando’s legislation is a critical step towards transparency and accountability for law enforcement in Montgomery County. However, Montgomery County needs to go further to ensure that investigations into officer-involved deaths are independent, impartial, and transparent. Citizens should be more directly involved in the process of investigation and review of police conduct. To restore trust in our law enforcement, it is essential for the community to play an integral role in these critical cases.

Accordingly, we recommend the following amendments to the bill:

We appreciate Councilmember Jawando’s leadership on this issue and the support of all the members of the Council in moving forward the LETT Act.

Melissa Coretz Goemann, on behalf of Jews United for Justice

[6] “Very few of the 1,000 or more incidents in which people are killed by police officers each year lead to charges against the officers.” Carl Bialik, “Police Killings Almost Never Lead to Murder Charges,” FiveThirtyEight, May 1, 2015, http://53eig.ht/2yhoDk4.

The Public Safety Committee will discuss the LETT Act on Monday, March 25 at 9:30 AM. If you want to attend the committee hearing with JUFJ, click the button below to email Montgomery County Organizer Emmanuel Cantor. 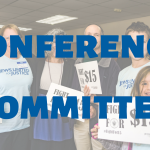 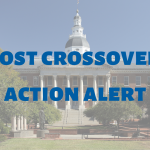