Jewish tradition teaches that we are obligated to support the needs of everyone in the community where we live. Our Economic Justice Working Group partners with DC Jobs with Justice, DC Fiscal Policy Institute, the Fair Budget Coalition, and more to work towards a DC where everyone’s needs are met and we all contribute our fair share.

As we weather the pandemic, those with economic privilege continue to prosper while those who have historically been prevented from thriving, especially Black and brown families, disproportionately bear the burdens of this crisis. In 2021, JUFJ and our partners won a historic tax increase on high-income earners that will help provide housing to thousands of unhoused residents, increased pay for early childhood educators, and a basic income for some of DC’s poorest residents.

Jewish tradition teaches that all people have inherent dignity and equal value, and that in a just world all people would have what the Torah calls dei machsoro, resources sufficient for their needs. As  Black organizers in DC and across the United States rise up to demand justice in the face of racist police violence, and we witness the dramatic action that governments,  businesses, and individuals are taking in response to the economic and public health crisis caused by COVID-19, we know bold action can indeed be taken. We don’t merely need to envision a just world. We can choose to make it possible.

The #JustRecoveryDC campaign began as a response to the economic fallout from COVID-19 and the prospect of widespread cuts to public services in DC. We knew from day one that it was not enough to merely recover from the impact of this pandemic; we must recover justly. In light of the recent uprisings against police violence and for racial justice, we’ve expanded the campaign to center the racial equity demands that were included from the start, as well as the budgetary demands of Black activists in DC. A #JustRecoveryDC means raising revenue from the wealthiest individuals and businesses in DC, and moving money from the Metropolitan Police Department, so that we can invest in true community safety: affordable housing, violence interruption, aid to all workers in the District, and much more.

Let’s not rebuild the same world with the same cracks. Let us rebuild a better world, a more equitable world, a more just world. DC needs a truly just recovery. 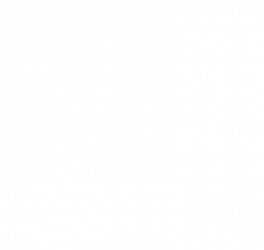 There are no upcoming events at this time.
VIEW MORE