My name is Jeremy Kridel. I am the Rabbi at Machar, the Washington Congregation for Secular Humanistic Judaism; about 60% of Machar’s congregants live in Maryland. I am a leader at Jews United for Justice, which counts as its members more than 5,000 Jews and allies in Maryland. I am also a resident of Maryland, residing in District 12.

I write today in support of a statewide $15 per-hour minimum wage, and I urge this committee to adopt a favorable report for HB166.

Coming from the Jewish tradition, I take seriously the Bible’s instructions that we ensure that workers are paid promptly and that we not take advantage of the poor (Deut. 24:15; Ex. 22:26). The rabbis note, “Why does someone climb a ladder, or hang from a tree, or risk death? Is it not for their wages?” (Babylonian Talmud, Tractate Berakhot page 8a.) We know it is often the poorest workers who put their health and their lives at greatest risk; they deserve to be paid enough to live and to provide for their families, and a $15 per hour minimum wage helps to bridge the gap to livable wages.

As a parent of a child with a severe disability, I have an additional perspective on the question of a genuine living wage, and I urge the committee to take this into account.

Simply put, parents of children with severe disabilities live with the knowledge that, as parents, they are often not free to age and die themselves. Knowing that our children might be able to work a little bit, but that they will not earn a decent wage, puts untold pressure on parents of children with severe disabilities, many of whom have invested their time and love into their children rather than pursuing higher pay.

Our children deserve to be able to live in some semblance of financial security. And we deserve the ability to age and pass on without worrying that we didn’t hang on long enough and work up to the last minutes of our lives so that our children might outlast us with a firm financial footing.

For the above-mentioned reasons, I urge this committee to adopt a favorable report on HB166. 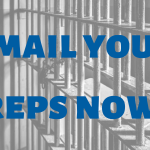