Annapolis, Maryland—Since the start of the pandemic, over 3,000 Maryland families have experienced court-ordered evictions, despite the existing eviction protections provided by the CDC and the Governor’s Executive Order. The CDC’s order is set to expire at the end of the month, courts have reopened and are hearing tens of thousands of eviction cases in the coming weeks, and there are less than three weeks left in the Maryland General Assembly session, yet the legislature has done nothing to provide additional protections against evictions. Renters United Maryland (RUM), a coalition of more than 30 leading housing advocacy organizations, is sounding the alarm and urging Senate President Bill Ferguson (D-46, Baltimore City) to enact legislation to protect hundreds of thousands of Maryland families who are likely to lose their homes if the legislature does not act, and act swiftly.

The Senate must act with urgency on legislation (SB 910) that, with amendment, would require landlords to utilize emergency rental assistance before they may resort to eviction (something Virginia did in a special session last fall, with bipartisan support) and, further, would prohibit landlords who received emergency rental assistance from evicting without cause for 120 days after receiving the assistance payment. There is little other protection for Maryland renters whose leases expired during the continuing COVID-19 emergency. From August 2020 through December 2020,  “tenant holding over” eviction filings in Maryland increased by 85% compared to the same period in 2019.

“When it comes to eviction protection in this COVID-19 emergency, we know that housing is a tool of public health,” said Zafar Shah of Public Justice Center. “There is only one bill before the Senate that sets out to provide immediate help to ensure tenants will stay housed during the crisis and during the economic recovery, SB 910, sponsored by Judicial Proceedings Committee Chairman Will Smith (D-20, Montgomery.”

Maryland courts are preparing for an “eviction tsunami.” In the final 3 months of 2020, landlords filed over 86,000 evictions cases for non-payment of rent and lease expiration. Re-opened after a pandemic-related closure, Montgomery County’s district court has  proposed a schedule of 3,600 eviction cases per week, or 720 cases per day, over the month of April. This represents a 2500% increase in the number of Failure to Pay Rent eviction cases heard in a typical week. Similar numbers are expected in other parts of the state.

Lisa Sarro is General Counsel for Arundel Community Development Services, Inc. (“ACDS”). ACDS administers Anne Arundel County’s rental assistance program. In her testimony before the Senate Judicial Proceedings Committee on SB 910, she pointed out that with more than $400M in rental assistance that has come to the state and more on the way, there is enough money to cover the more than $380M in rent owed to Maryland landlords, “but it can’t cover it if tenants are sued and evicted before we can provide them with emergency rental assistance.” Sarro continued, “If we are to use [rental assistance] to actually ensure that tenants are not evicted from their housing, we need some protection and assurance that they will not be evicted as soon as we pay their back rent…In December we paid one landlord over $7,000 in arrears and…that landlord filed a tenant holding over action two days later…It’s happening and we need [the Senate’s] help to prevent it from happening further.”

Myshonia Camphor, a renting monther of three and healthcare worker in Montgomery County, shared at this morning’s press conference that she and her husband had their hours cut due to COVID and then her husband had a heart attack and had to stop working altogether. “Without two incomes, we fell behind on rent…I have been paying every month as much as I can…Knowing that we’re facing financial difficulty, our landlord put us on a month to month lease…This month she gave my family a notice to vacate and is threatening to sue us for eviction for tenant holding over, even though I am back to work and am willing to pay down what I owe my landlord over time.”

Karla Martinez, a high school student from Prince George’s County, testified at the hearing on SB 910 and said, “I am scared that we can soon be put out on the street, not for not paying rent but simply because the landlord will not renew our lease. Senators, please, my family depends on your decision. My sisters and I are only kids. We need to focus on school, but instead we worry every day about being evicted.”

Victor, a senior citizen living in Montgomery County was evicted for Tenant Holding Over in October and is now living in a motel. “Every day I worry that I am going to catch the virus and I lay awake all night wondering where I am going to live,” he said.

Karen Agustin, a leader at CASA and a renter in Prince George’s County, is now facing eviction and shared at a press conference this morning, “Just like me, there are many families that have hard times. We are left without work. Many of us have lost family members. Many of us have been sick. This is so inhumane to me…Think of our children. Think of the suffering that they will experience if these evictions move forward. We ask that you, as legislators and people in power, to do the right thing.”

“My level of frustration cannot be overstated,” said Tisha Guthrie of Bolton House Residents Association and Baltimore Renters United. “Affordable safe and stable housing is a basic need and a human right. How Maryland strong can we claim to be if we have not deemed this a priority and acted in kind?”

The Senate should also act on housing bills that provide for greater fairness in eviction proceedings including SB 454 to change “rent court” processes, SB 154 to provide a right to counsel to tenants in all eviction cases, and SB 530 to end the state subsidy for landlords filing for eviction without passing that fee onto tenants. More information on these bills is at https://rentersunitedmaryland.org/.

Renters United Maryland has requested a meeting with President Ferguson to discuss this legislation and see it moved forward without delay, but has not received a response. These additional protections are essential if we are to avoid mass evictions which will only serve to worsen the public health catastrophe.

Renters United Maryland (RUM) was co-founded in 2017 by the Public Justice Center, the Montgomery County Renters Alliance, Jews United for Justice and Communities United. The RUM coalition includes more than 30 nonprofit, legal, labor, civic and religion-based organizations dedicated to advancing renters’ rights and protections in the state legislature, and defending against legislation hostile to rental housing stability, quality and affordability. 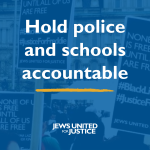