On Thursday, August 6, the Maryland House of Delegates Police Accountability Work Group met to hear from Marylanders about their experiences with police and perspectives on legislative solutions to hold police accountable. Read one story from JUFJer Sam Blau.

TESTIMONY TO THE HOUSE POLICING WORKGROUP

My name is Samantha Blau, I am a resident of Baltimore’s Patterson Place neighborhood. I am here to ask this workgroup to draft legislation for large scale change in how police operate within our communities.

I was harassed by two Baltimore City Police officers two years ago and it was the most scared I have ever been on a dark street in Baltimore. I was at work, doing my job, unloading vans after an evening outreach event to a local school. Two officers in patrol cars surrounded me and my work vehicles, one officer got out of his car and yelled at me for parking my vehicles in a private driveway that BPD often uses as a cut through. The incident continued for about 10 minutes and is a memory that makes my palms sweat to this very day. My boss made a request for a response from the officer’s lieutenant, but other than failing to set up a promised meeting, nothing came of it. Ultimately, I am a white woman whose co-workers were all white. And my story ends there.

If we imagine what would have happened if I were a Black woman, or if some of my Black co-workers had been present that evening, then this story might include use of force, an arrest, or worse. We are often left to use our imaginations when speaking about local police departments because there is no required reporting for use of force investigations, there are no guarantees that internal investigations will ever be made public. The Law Enforcement Officers Bill of Rights ensures that a supposed “officer of the law” is actually above the law. While I can look up any citizen to see if they have an assault charge using Maryland Case Search I can’t so much as know if an officer with the right to deprive me of my freedom has been found guilty of use of force. If I had been arrested that evening how would my family, my lawyer, be able to fight for me? I would attend a trial where all of my actions would be laid out before a court, but those of the officer would be kept secret. That is not a fair and just system, and it is those “what ifs” that continue to ensure that I, and many of my neighbors, do not feel safe when police are present.

I would like to thank the workgroup for its time and look forward to seeing what legislative recommendations you have for the upcoming session. 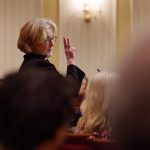 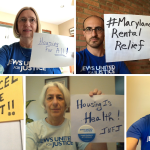