Jewish tradition teaches that “One must not stand idly by while your neighbor’s blood is shed” (Leviticus 19:16). Yet, police have killed multiple Baltimore County residents, including two Black residents in 2016 and 2019 that have resulted in multi-million dollar settlements, but no prosecution of the police officers responsible. According to the 2021 Report from the Governor’s Office of Crime Prevention, Youth, and Victim Services, Baltimore County has among the worst records in the State for civilian deaths involving a law enforcement officer.

In 2021, the Maryland Police Accountability Act (MPAA) was passed out of the Maryland General Assembly with the intent to establish community involvement in police misconduct investigations and to build trust between communities and law enforcement by engaging communities in the process. This spring, the Baltimore County Council has begun drafting their County’s Police Accountability Board (PAB) implementation via Bill 24-22.

While we were advocating for these strengthening measures, the Baltimore County Council was not sharing any amendments they were considering with the community, despite repeated community requests.

Following intense advocacy efforts from our coalition for more time and community input, the Baltimore County Council postponed a vote on Bill 24-22 on 5/2, and committed to sharing the amendments to the bill before the next work session on Tuesday, May 17th. However, a vote was then scheduled for Monday, May 23rd and the public still did not have access to the amendments that the Council was considering. At the May 23rd meeting, the vast majority of the weakening amendments to the Police Accountability Board bill were passed.

While we are disappointed, it’s clear that the public supports increased police accountability, and we need to keep the pressure on members of the Council and the County Executive. Now that the bill has passed, we will turn towards advocating for equity and diversity among PAB members. Stay tuned for ways to take action! 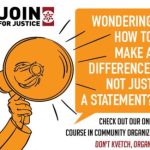