My name is Mark Wolff. I live in Potomac, District 15. I am submitting testimony in favor of HB304/SB88, State and Local Government-Participation in Federal Immigration Enforcements.

As a Jew, I am beginning to prepare for the holiday of Passover. Passover is based on our experience of escaping from slavery to freedom. The central theme of this celebration is encapsulated in the simple but profound phrase; “remember that we were slaves in Egypt.” This establishes the moral imperative to greet the immigrant as they may be fleeing metaphorical or even literal slavery as we did. They should not be treated as “other” and should not live with a sense of insecurity in our communities.

Recently, in sorting through old papers I found correspondence between my mother, various Jewish agencies in England and English citizens all helping her to leave Nazi Germany. She was able to get to England where she was a nanny and housekeeper for a generous family.  She no longer had to wear the yellow star with the word “JUDE” (Jew). Eventually her brother-in-law was able to sponsor to come to the United States. My mother, a Caucasian of European descent, freely moved about the United States with only the minor trepidation of being “found out” as a Jew, an “other.”

My wonderful daughter in-law is from El Salvador having immigrated to this country as a young child. She cannot, nor would she want to, hide her ethnic heritage. She has no “yellow star” to simply remove. However, her entire family does not have the same de facto freedom that my mother had. They occasionally experience discrimination due to their ethnicity.

Others in her community are not so lucky. They are vulnerable to state and local police asking about citizenship status and/or assisting Immigration and Customs Enforcement (ICE). The way one speaks, or the color of their skin do not justify questions about one’s citizenship. Such discriminatory practices are contrary to the mission of the police to keep all Marylanders safe. The well founded concern of discrimination, harassment and illegal detention results in fear and lack of trust in the police, governmental authorities and ultimately in seeking the protection and rights that all Maryland residents deserve.

I urge this committee to report favorably on HB304/SB88 so that everyone in Maryland can live without fear. Thank you. 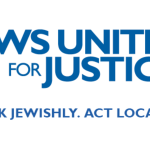