On Tuesday morning, JUFJ joined dozens of community leaders, elected officials, and workers to make a straightforward demand of the management at the Marriott Baltimore Waterfront Hotel: respect the right of workers to decide whether or not to unionize.

That’s right, what’s at stake is not even the union per se, but the basic, democratic right of the workers to a fair process in deciding whether to unionize. We asked the Marriott to commit to not punishing or firing workers for organizing; not engaging in intimidation tactics; and allowing workers a fair chance to demonstrate their support for the union.

The action was a success: workers were able to gain an audience with their general manager, and the GM went on record committing to respect the NLRB process for unionization. But the work isn’t done yet.

There is still a long process, with several hurdles in front of these workers before winning a seat at the table in their workplace. Join us on Thursday, August 9th at 4:30pm to stand in solidarity with these workers and their fight for a fair workplace. 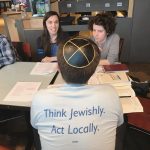 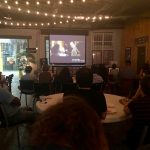